Excuse Me, is the Sirloin Steak Lab Grown? 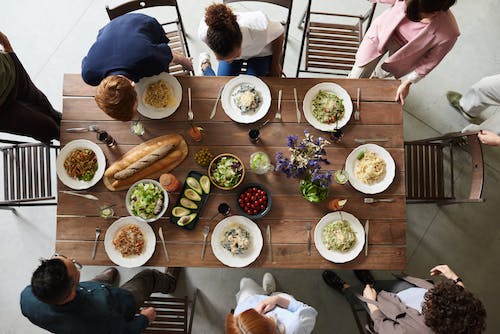 It is 2038.  You’re at a dinner party with friends. Just as the host is bringing out the main meal, the friend on your left asks ‘Excuse me, is this steak cultured?’ With an almost indistinguishable smirk, the chef assures the table that all the meat being served was, in fact, grown in a lab.

Reassured, the table of guests portion out the seared beef and eat.

A few minutes into the meal, the host lets out a childlike giggle. ‘How’s the meat?’ he cheekily asks the friend on your left.

‘This is meat from a dead cow isn’t it you asshole!’ The friend fires back.

‘You piece of shit, I’m a culturatarian. Why would you think that would be funny? I don’t eat dead animals you prick’, she continues.

Comments pile on from every corner of the table. The host attempts to cover his tracks, ‘Hey there’s no need to get into this ag...’, to no avail. The enduring debate has begun.

Multiply that debate by a few million and you may start to grasp the upcoming nutrition revolution as cultured meat retailers hit the shelves of your local grocery store. We are already seeing the rise of plant-based meats from companies such as Impossible Foods and Beyond Meat; adding a layer of complexity to dietary discussions. Now consider the relative enormity of the next layer of complexity that is on its way; lab grown or cultured meats. While plant-based meats are definitively vegetarian, can we say the same thing about cultured meat?

Logically, the answer is not quite as black and white. On one hand, cultured meat is genetically indistinguishable from meat, so it's not vegetarian, right? Well, on the other hand, it does not come with the same ethical and pollutant price tag. At present, lab-grown meat actually may create more pollution than traditional meats but that is largely the result of increased energy use from an energy system that is currently fossil fuel dependent. As a result, the potential environmental benefits of lab-grown meat depends on whether global energy systems become fully renewable. Though if successful, the impact could be monumental. At Future Meat Technologies, a recent Life Cycle Assessment found that its cultured meat uses up to 99% less land, 96% less freshwater and emits 80% less greenhouse gasses.

To illustrate, consider the independent decisions of two vegetarians; one who is vegetarian because they do not want to inflict harm on sentient beings, the other because they believe in the health benefits of plant-based diets.

The first vegetarian has no reason not to eat cultured meats; no animals were directly harmed in the production of the steak on the shelf in front of her. The second vegetarian likely isn’t going to change a thing; from a nutrition standpoint, cultured meat is still meat.

So, if you’re the type to ask a vegan why they’ve made their dietary choices, I’d start expanding your expectations for their response. In the future, it won’t be ‘Because meat is murder’. But rather a tangled web; ‘Well I don’t eat regular meat because that’s bad for the planet but I’ll eat cultured meat, but I won’t touch any fast food because even though they say its cultured meat you never really know because Burger King had that chicken scandal in 2017 and I still don’t eat bacon because I never really liked it anyway’

In other words, prepare for the cultural discussion to become exponentially more complex.

Right now, you can’t grab a cultured lamb roast from your local supermarket. Naturally, asserting that a product you can’t yet buy will become a major part of your life, lends itself to scepticism. If you find yourself in that category, I wouldn’t hold your breath, companies in the field ‘claim that by 2021, the products will be available in the market'. While these specific companies may not be able to deliver on their promise, one of the 32 companies undertaking cell-based meat Research and Development (R&D) might be the one to make it to retail shelves first.  Without having yet seen what a cultured meat production facility looks like just yet, it’s difficult to make predictions about the timing and speed at which cultured meats will enter the mainstream food market. But if the Vegas oddsmakers were so inclined, the rise of the cultured meat industry would be a pretty safe bet.

So, what’s on the menu? Well, you could start with the Memphis Meatball that put the industry on the map in the US in 2016. Memphis Meats, the San Francisco startup is working to reduce the price tag of its $18,000 per pound cultured beef. Perhaps with a side of SuperMeat cultured chicken?  The Israeli startup formed a partnership with PHW-Gruppe, one of Europe’s largest poultry producers in 2018. Co-Founder, Shir Friedman believes that ‘2020 will be the tipping point for the cultivated meat industry once the proof of scale will be introduced to the world’.

Oh sorry, did you say you never liked the taste of beef and poultry anyway? Well, Singaporean Shiok Meats is working to bring cell-based crustaceans to market so you could swap out the meatballs for shrimp, crab or lobster. The company hopes to have a ‘commercially viable product in the next few years’.

Timelines and menu options aside, the cultured meat industry is a beacon of hope in the face of record greenhouse gas emissions in 2020 (NEED REF). In 2018, the World Economic Forum reported that ‘the beef and dairy industry is responsible for more greenhouse gas emissions than the world’s biggest oil companies, with the combined emissions of the top meat and dairy companies exceeding those of highly industrialized nations such as Germany or the UK.’

So, there’s no denying that cultivated meat, as an alternative to traditional meat, will undoubtedly add another layer of complexity to an already crowded list of dietary labels. Considering the consistent growth of plant-based protein and meat alternatives, the cultural shift may not be as slow as some would think.

There is an uncertainty in who will be the early adopters. Will it be the life-time carnivores, or could we see the Reducatarian’s and moral-vegetarians who lead the way? The industry certainly has its hurdles in the way; the sheer incredulity of lower production costs to compete with traditional meat, being the elephant in the room.

Yet the most certain uncertainty is what these early adopters will label themselves as. Laboratarians?

Now come back to that dinner party in 2038 and ask yourself who’s more likely to be pranking who. The cow eater, with the decades-old plan to give meat to a vegetarian, or will it be the culturatarian at their own dinner party, slipping cultivated meat to the cow eater; remembering his boisterous comments about cultivated meat not being real meat from last week.

Geoff graduated from The University of Technology Sydney last year with a Bachelor of Business with Honours in Economics. He's curious about the nature of economic and social systems, an unapologetic Utopian idealist and, as a self-proclaimed Minimalist, desperate to tackle overconsumption at its core.

Don't worry, emails will be few and far between. Just the occasional collection of our finest work.

Thanks for subscribing! Please check your email for further instructions.

This site uses Akismet to reduce spam. Learn how your comment data is processed.